I've been at this for almost a decade, and over that time my Spider Sense for terrible editorializing has gotten pretty good. It's impossible to explain, but sometimes you look at a headline and author and you just know. So when I saw "Over-Regulation is Choking the Life Out of Business" by someone named Susan Brown ("op-ed columnist, motivational speaker, military family advocate and grief counselor") I had a powerful revelation. The Giant from Twin Peaks appeared to me in a vision and said "Ed, this is going to be based on an anecdote about her own failed business or that of an immediate family member." And when he talks, you listen.

So I honestly began this column by betting myself that I was about to read about Susan Brown's failed business (or that of a close relative) or I'd donate $5 to Santorum 2012. I don't want to give away too much, but suffice it to say that no financial transactions between Ed and Rick have occurred. Alright kids, I hope you're all ready to watch a no-name advice columnist fist logic. Let's roll!

I guess we were supposed to be encouraged last week when the regulator-in-chief pulled out his plastic preschool scissors while promising to cut the government down to size. "The government we have is not the government we need," Obama announced to a group of business owners at the White House on January 13, 2011. Obama promised he'd snip off a scant $3 billion over the next ten years — in exchange for just a little more power.

Meh. This generic tripe portends little more than Norquist-style "drown it in the bathtub" prattle about Big Government. I feel like this story needs some color, a personal touch to offset what I'm sure will be a vast amount of supporting data and research.

Given the increase in the size of government since Obama took office, he'll need an earth mover to make any real difference.

Well, it's no SDI or Medicare Part D, but I guess he did what he could. Lay off the guy for trying.

Next week he'll be selling snake oil in the Rose Garden to reduce the deficit.

Boy, Susan's writing skills are certainly leaping off the page, aren't they? Motivational, but also hilarious.

There are many areas in government to cut, chief among them are excessive regulations,

"Excessive regulations" isn't really a thing. When one talks about the size of government the reader naturally thinks about offices, agencies, departments, branches, or expenditures that might be proposed for elimination. What Susan has done instead is to leap from the size of government to a function of government. That's a poor idea in general, but certainly not aided by the total absence of specifics or examples.

Well this is embarrassing. I just googled it and it turns out that the Department of Excessive Regulations is a real thing. This is its main office building, located in Reston, VA: 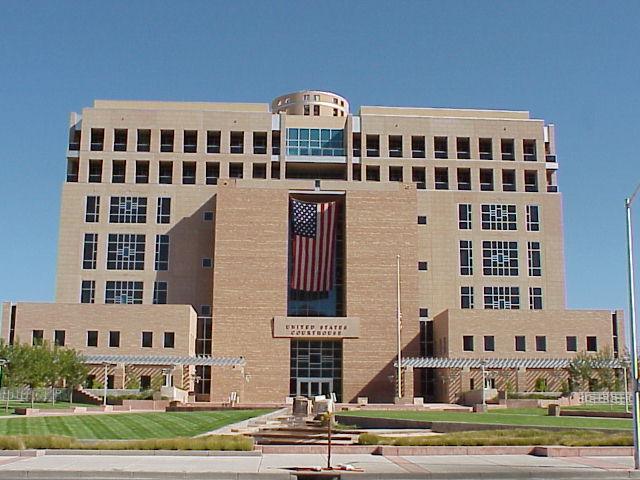 regulations, which are choking the life out of small businesses in this country.

Uh, is it possible that small businesses could fail in this alternate reality for any reason other than Big Gub'mint? According to the Small Business Administration, more than 50% of small business startups fail in their first five years. Presumably for many reasons, the foremost of which is not Excessive Regulations.

Awhile back, my brother Pete decided to chase his version of the American dream.

God this is gonna be good.

He did his homework; purchased quality used equipment via the internet, and signed a lease – in hopes of opening a small mom and pop style yogurt shop near Charleston, SC. He's a smart businessman, who tries to calculate his decisions carefully.

Well, there you have it: according to this objective analysis, the author's brother is a business wizard. He is a Warren Buffet clone. If his brilliant idea – hopping on the trendy Frozen Yogurt shop fad – fails, it certainly could not be his fault. No mention of his previous business experience, which I'm sure is ample and littered with successes.

Nonetheless, it wasn't long before he found himself tangled in a web of regulatory red tape.

Then I guess he didn't do his homework, did he? For opening a small business, such homework would include things like figuring out what local regulations would have to be followed, what equipment/infrastructure would be required, and what licenses and permits are necessary. That's, like, the first thing you would do. If you weren't an idiot.

He was told he needed to purchase environmentally friendly grease trap equipment, although no frying is involved in serving non-fat yogurt.

Does this requirement by any chance apply to, uh, every single food service establishment in Charleston? I'm not familiar with the travails of the FroYo racket in Charleston, but I find it hard to believe that any of this was a surprise revealed only after he opened the business. Good research, bro!

It didn't stop there. Additional environmental requirements like the installation of specialized wastewater drains, and tens of thousands of dollars for more unessential equipment left him watching his hopes of the American dream go down the drain, along with any hopes of hiring new people should his business succeed.

OK. Couple things here. First, let's note that there are currently four dedicated frozen yogurt establishments in Charleston: FreshBerry, YoBe, Yogurt Mountain (!!!) and TCBY in addition to dozens of ice cream parlors that also serve frozen yogurt. This suggests that either the market is completely saturated or somehow these other restaurants manage to survive under the oppressive regulatory reign of terror. Maybe it's easier to succeed when the owner isn't a moron who doesn't figure out the overhead and startup costs in advance.

Upon further research, it doesn't look like the playing field is entirely fair. The author's brother was required to install "specialized wastewater drains" not required of any other business in Charleston. FreshBerry has no drains at all, YoBe funnels its liquid waste into a giant roof cistern clogged with dead pigeons, and Yogurt Mountain simply heaves its wastewater on the street one bucket at a time. My, he should sue.

My brother is not alone;

Time to generalize the living shit out of that ridiculous, unrepresentative anecdote! The plural of "anecdote" is "data" in the conservative mind. Although in fairness we don't even have multiple anecdotes here. Throw me a bone, Brownie.

his experience has become all too common in the Obama administration's new regulatory normal.

So the requirements of operating a restaurant in a given location are set…by…the…White House? Based on my limited contact with the bar and restaurant industry, the regulations are almost entirely city and county. Occasionally state.

South Carolina's Nikki Haley said it best when she recently told Fox News' Sean Hannity, "I need a partner in the White House." Haley claimed the hardest thing about her job had been the federal government intrusion into South Carolina's business. Though she was a Tea Party favorite, Haley endorsed presidential hopeful Mitt Romney.

Well this sure is irrelevant. Also, Haley is campaigning for the VP slot. That might be worth noting.

She said Romney promised to keep the federal government out of South Carolina's way, so it can create jobs.

You know that acquaintance who is a complete loser and blames all of his failures in life on "affirmative action", like he'd be a runaway success except that only women and minorities can succeed in this country? That's South Carolina. "We'd have super-low unemployment if only The Gub'mint would get out of our way!" Sure you would, Cletus. Sure you would. First in secession, last in everything else. Must be DC's fault.

My brother's experience, along with the Department of Labor's January 7, 2012 unemployment report showing an increase in unemployment by 24,000 over the last week makes it quite clear increased regulation is making matters worse.

An anecdote and a single week's unemployment numbers "makes it quite clear" that…there are too many regulations? I see better logic from freshmen. Not much better, granted, but better than this.

Over-regulation has turned the country once hailed as the Land of Opportunity into a place where opportunity only happens in your dreams.

According to a July 25, 2011 Heritage Foundation article titled "Red Tape Rising: A 2011 Mid-Year Report," the Obama administration has enacted "75 new major regulations from January 2009 to mid-FY 2011, with annual costs of $38 billion." Between October 1, 2010 and March 21, 2011, the administration completed 1827 "rulemaking proceedings," environmental and otherwise, some of which will directly affect private sector start-ups.

The Heritage report found that Obama has outdone his predecessors in that "no other president has burdened businesses and individuals with a higher number and larger cost of regulations in a comparable time period."

A few examples wouldn't hurt, or we could just take the Heritage Foundation's word for it. I mean, they're at LEAST as credible as the tale of Goober Brown's failed FroYo stand. I don't know why I assumed that her brother's name is Goober, but run with it.

And the worst is yet to come when you look at the job-killing, business-quelling regulations under Obamacare's 159 new government offices and programs, the EPA's seven new environmental regulations that will cost businesses $38 billion annually,

1. "Business-quelling"? Is "quelling" the word we want here, guys? This makes sense? OK, according to the editors of TownHall – a 19 year old summer intern from Patrick Henry University and one of Bill Kristol's unemployable kids – this great writing.

2. That same $38 billion figure appears in consecutive harangues. That's one hell of a coincidence, no?

3. Ooooh, scary numbers! Big Gub'mint! These are certainly hard times for the would-be owner of a novelty food service establishment. Hopefully Mitt can lead us back to the frozen yogurt boom years.

in addition to compliance costs of $100 billion, and the 2400-page Dodd-Frank bill the Harvard Business Law Review cites as "the most significant regulatory overhaul since the New Deal."

Yeah, I think the banking and financial industries have suffered from over-regulation for too long.

The cost of overregulation is compounding exponentially, and in the process, is destroying the Land of Opportunity, dream by dream.

Your brother has stupid dreams. Maybe he should be less of a retard and do some research next time he decides that his dream in life is to run a faddish, not to mention seasonal, business.

But don't just take my word for it, ask my brother.

His singular experience recounted in a burst of AM talk show quality anti-government invective would surely persuade all doubters. He sounds like a smart, reasonable person who could objectively evaluate his experience and come to a measured understanding of what went wrong.

This is my all time favorite right-wing logic. If your business fails, it's because there were too many regulations. If you can't afford the lifestyle to which you feel entitled, it's because your taxes are too high. It's never, ever your fault. Party of Personal Responsibility!tm Except when you fail; then it's not merely someone else's fault, but inevitably the government's fault.

52 thoughts on “SUSAN BROWN GETS THE FJM TREATMENT”